I've been learning Unity and C# for some time, and I wanted to combine the things I've learned together with AR. I've made this custom-coded AR game together with Lightship ARDK, which I've used for world tracking, setting up the camera behavior, and scene placement.

For horizontal plane tracking, placement, and camera settings, I've used Lightship ARDK. Moreover, I've used their support discord to get some advice around interactions and scene placement. Lightship ARDK is an SDK that is constantly updated and doesn't have many tutorials on on the internet, so the discord was a great way how to get unstuck or get some advice from people with more experience with it.

For the 3D objects, I've used obstacles and character models from the Unity course.

For the sound effects, I've used sounds that I found on Youtube. 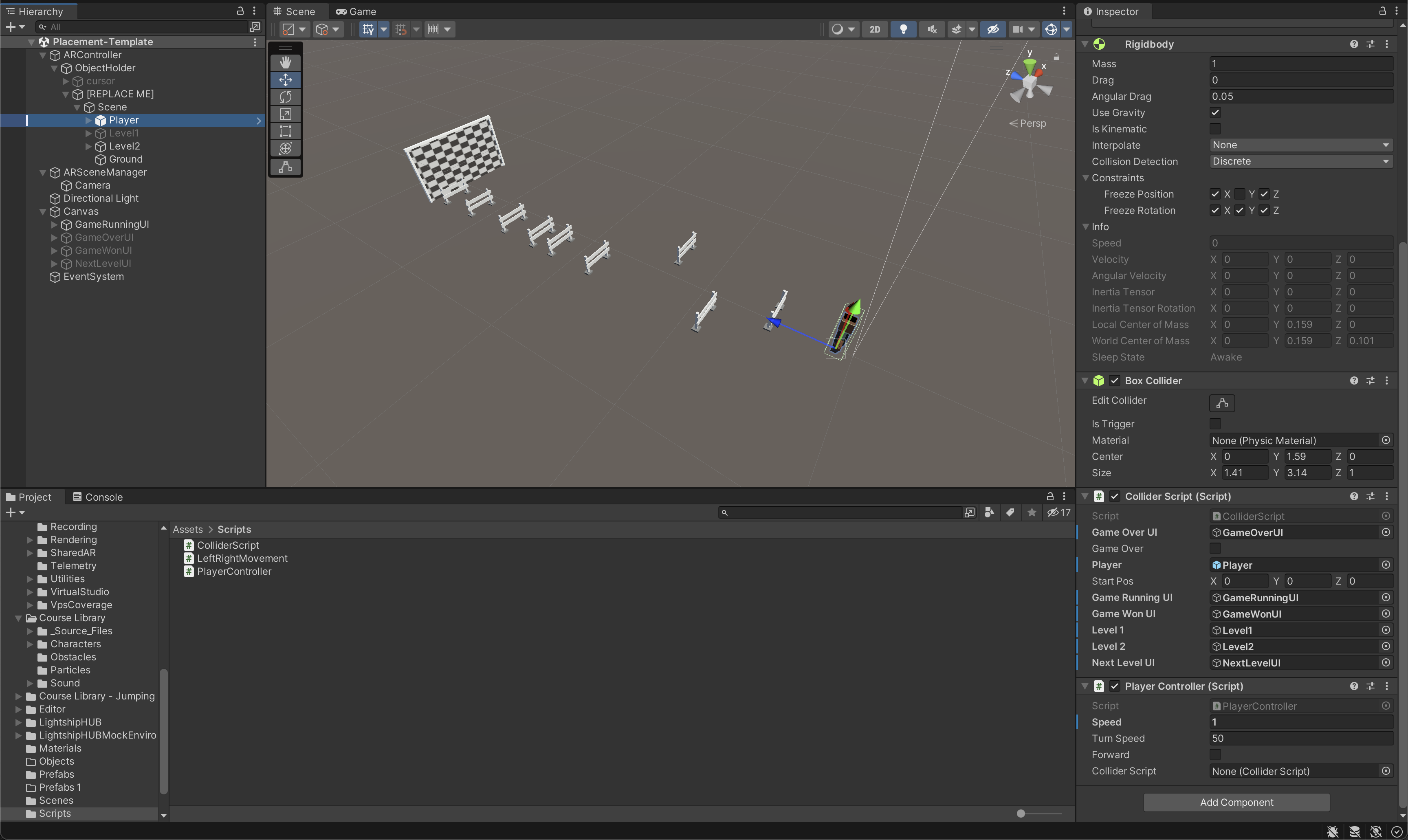 What could I spend more time on?

— Improve organization and code of the C# scripts I've coded

— Better experience of aligning the scene with the horizontal world plane: Use rather ray-cast hit cursor than click collider location

— Being able to switch between levels